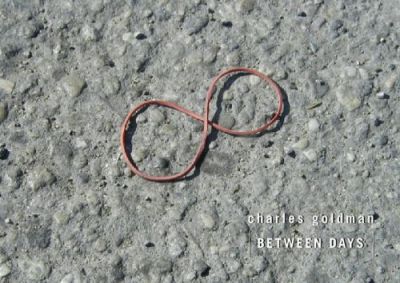 Traywick Gallery is pleased to announce a solo exhibition featuring recent work by New York artist Charles Goldman. The exhibition opens May 18 and continues through June 15, 2002. There will be a reception for the artist on Saturday, May 18, from 6 to 8 pm.

Douglas Wolk aptly wrote in his 2000 essay Let It Bleed, "In Goldman’s work, things manifest themselves not as they are but as they could be, or almost are." Goldman’s previous installations have featured projects like 2 x 4 studs arranged and recorded in thousands of permutations, portraits of the artist drawn on the street by hundreds of passersby, and scrap wood from his studio saved and set up to approximate the skylines of the cities where he’s exhibiting it. Goldman also likes to make ideas play themselves out in their entirety, as in the work "All of the Highways of the United States of America" and in a memorable piece entitled “All the Walls of My Parent’s House (Stacked)” that was exhibited at Southern Exposure in 1996.

For Between Days, Goldman continues to focus his attention on quantifying and cataloging; exploring and exhausting possibilities; and also in realizing the potential of certain physical spaces as containers of experience. In addition to his large scale, site-specific projects, Goldman’s regular studio practice involves making drawings, paintings and sculpture, which will be featured in Between Days. This is Charles Goldman’s first exhibition at Traywick Gallery.