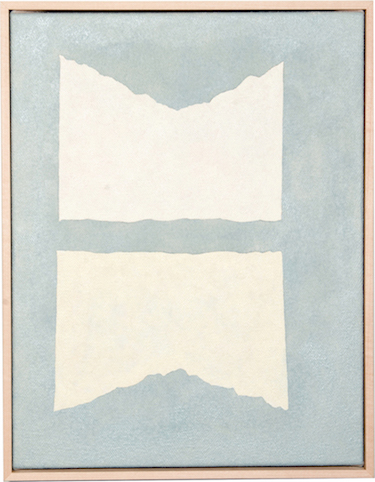 Traywick Contemporary is proud to celebrate its 20th anniversary with a year-long series exhibitions and events where old friends and new audiences can engage with our artists and our program. We launch our 2017 schedule with two solo exhibitions, featuring Chicago-based artist John Fraser and Oakland painter Steuart Pittman, both of whom work in direct opposition to the accelerated pace of our contemporary culture. Traywick Contemporary first exhibited Fraser’s work in 2001 and Pittman worked as Fraser’s studio assistant for several years before moving to the Bay Area. This intertwined artist history and consistency of vision are two hallmarks of the gallery’s program over the last 20 years.

Steuart Pittman’s intimate abstractions are inspired by his surroundings—often the abandoned and forgotten structures found throughout the neighborhoods in Oakland where he lives and works. He talks about the work “evoking stark architectural forms and the worn patinas of buildings, where we can experience beauty through fleeting moments at unexpected times and places.”

Pittman’s new show, titled “The Twist,” continues his exploration of, and meditations on, forms isolated within ethereal backgrounds. The shapes are part of a larger alphabet of elemental forms developed over time and distilled from architectural sources. Many have a vaguely geometric starting place, but are animated by the energy and asymmetry of the artist’s hand. A decided whimsy and playfulness is also evident in the titles, and offsets any formality that his practice might suggest.

Line and shapes are as important in Pittman’s work as his attention to color. A decidedly restrained palette suggests an overall feeling or mood, while visible brushwork activates the backgrounds that are built up from many subtle layers of tones and values. He is after “compelling and unanticipated color scenarios,” which he achieves in work that is at once “graceful and stoic, while also being quirky and peculiar.”

Pittman is quick to point out that he paints objects as opposed to pictures or images. The physical structure of the framed canvases also serves as a compositional tool. The artist’s experience as a frame maker, studio assistant and student of art history has instilled in him an appreciation of materials and craftsmanship. The simplicity of his forms is complemented by the hidden complexity of their subtle and skillful execution.

Steuart Pittman was awarded an MFA from Mills College in 2009 along with the esteemed Jay DeFeo MFA prize. He received the prestigious Peter S. Reed Foundation Award in Painting in 2016 and has twice been an SFMoMA SECA Award nominee. His paintings are included in noteworthy collections such as the Rockford Art Museum, Rockford, IL, the Neiman Marcus Art Collection, the Bloomingdales Collection and the Knox College Art Collection.