Traywick Contemporary proudly announces обjект, a solo exhibition with Los Angeles-based artist Stas Orlovski. Accompanying the show will be an illustrated catalog with an essay by Los Angeles art critic and curator Shana Nys Dambrot, and a commissioned poem by Claressinka Anderson.

Incorporating a variety of imagery from diverse sources such as Japanese woodblock prints, Victorian era journals, and Russian modernism, Orlovski’s collage-based practice also involves a variety of media including printmaking, drawing, transfer, and painting. Since 2012 this practice has also included stop-motion animations in which he activates his two-dimensional still-work, bringing them to life frame by frame.

The exhibition title is a hybrid of the Russian and English words for object, and features paintings, drawings and a group of sculptural works consisting of found objects paired with projected animations. These collected objects are shapes that have appeared throughout his practice, mostly figurative fragments like heads, torsos and feet, which are repurposed and their histories reframed. In Feet with Flags, a mismatched pair of vintage plaster foot forms proudly display two animated flags billowing in the wind, transforming them into what Orlovski calls “dream-like objects.”

This new body of work is decidedly more autobiographical, referencing memories and dreams from his childhood, and also art historical movements such as Russian Suprematism, European Surrealism, and Soviet experimental animation. Featured prominently in both the still work and animated sculptures are abstracted running figures in a variety of environments: under tables, behind curtains, in the mountains and beneath flying birds. Throughout the exhibition, similar themes of migration and loss are expressed with a sense of absurdity and humor. Orlovski’s work acknowledges the powerful experience of a collective history, and the ephemeral nature of personal memory.

Stas Orlovski has lived and worked in Los Angeles since earning his MFA from the University of Southern California in 1996. His work is featured in prominent private and public collections including the Los Angeles County Museum of Art, the Fine Arts Museums of San Francisco, the Museum of Fine Arts, Houston; the Crocker Museum, Sacramento; the Phoenix Art Museum and the University of Southern California. Orlovski has also been recognized with prestigious awards such as the Joan Mitchell Foundation Painting & Sculpture Award, the City of Los Angeles Individual (COLA) Artist Grant and a J. Paul Getty Trust Fellowship. In November of 2019, the San Jose Institute of Contemporary Art (CA) will present “Chimera,” a multi-media installation previously shown at the 56th Venice Biennale as part of the critically-acclaimed exhibition, We Must Risk Delight. 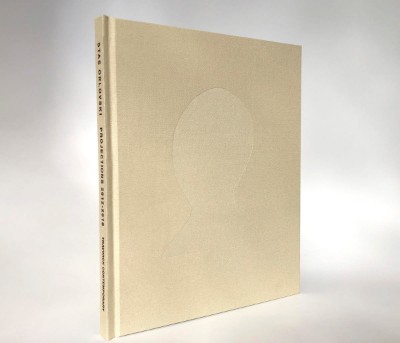